Every single Valentine’s day we have to argue over where to place boundaries when dividing a continuous spectrum into discrete sections, but human language adds boundaries progressively as time advances and violets are blue except in languages that have words for purple.

Roses aren’t red either, but red is such a linguistically ancient concept that it tends not to get divided up as quickly as other color concepts. The points at which red stops being red are much further from the center of red than the points at which blue stops being blue are from the center of blue. But excluding the violets that are white, we can say two things for certain: 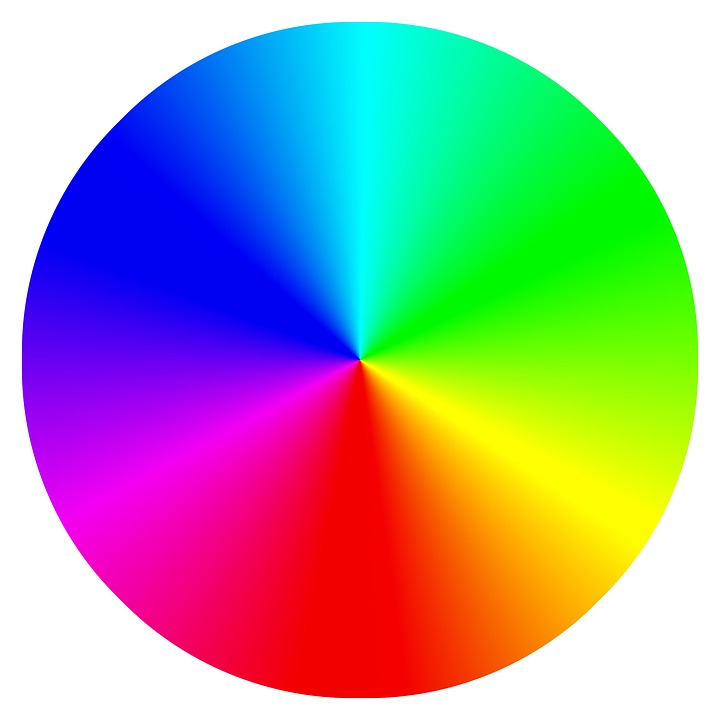 My favorite TV show at the moment is The Great British Bake-Off. It’s a celebration of home baking, a celebration of tradition, and a celebration of Britishness. Only, well, it isn’t. It’s presented as something that is uniquely or quintessentially British, but aside from the people who are actually in the show, there’s nothing in it that is particularly British. And in many cases, quite the reverse.

In the first episode of this series, the contestants were asked to produce a showstopping version of a British classic from the 1970s – the kitsch classic Black Forest Gateau. Surely anybody who grew up in Britain (me included) recognizes Black Forest Gateau as a cake that is classic British cuisine, which is bizarre given that (as Christian points out), it’s very much a German cake.

Why is a Black Forest gateau a "70s classic" and not a "quintessentially German" cake?! #gbbo

This led to more discussion on the use of the word British tacked on to seemingly everything to give things an air of respectability or superiority. So at the supermarket, we’re presented with The Great British Sausage to cook on the Great British Barbecue, which would normally happen in the middle of the British Summer. Like what should simply be the Great Bake-Off, there is nothing inherently British about any of these things, but it seems that in Britain, unless you can stick “The Great British…” in front of something, that thing is worthless.

What caught my curiosity was that until Christian pointed it out I had never noticed it. Now, of course, it irritates the hell out of me, but before that I didn’t even realize it was there. Even curiouser, I didn’t notice that the British do it despite the fact that after moving to Australia I noticed instantly that people in Australia do the exact same thing and it annoys me intensely. It’s alienating and screams of this awful superiority complex that nationalism encourages.

Politicians talk about all Australians (but never all people), the post office is branded Australia Post, the supermarket Woolworths changed its slogan in 2012 from simply The Fresh Food People to Australia’s Fresh Food People. And I noticed all of this, and still thought that we didn’t do that in Britain.

It’s related, I think, to banal nationalism, but it’s not exactly the same thing. During the discussion, Matthew Smith coined the word jingonym – a portmanteau of jingoism and demonym, and I think that captures the concept perfectly. Demonyms that are added to things to assert some national superiority. There’s nothing British about summer in Britain any more than there is anything French about summer in France. The weather isn’t somehow warmer because it’s British, there’s not somehow less chance of rain in June because of Britain. It’s absurd, yet we do it without noticing.

It’s not exclusive to Britain – as I mentioned Australians do it, and Americans are notorious for it – my example here would be the Americans With Disabilities Act – a very important piece of legislation, but one whose name exerts the importance of it being applied to American people only. But I wonder if it is exclusive to the English language (surely not, but I can’t be sure) – another tweet from Christian points out that there’s certainly no such thing as the Great German Summer.

What do we do? Stop attributing value to a nation for the sake of it? I think we should do that, but that’s a hard sell. But I think it could be worth it – let’s try to enjoy things whether they’re Great and British or delicious and from Baden-Württemberg, masquerading as 70s British kitsch.

This week I decided to go back to school. Not full time or anything like that, but a twice-weekly evening class to improve my German. I learnt German at high school and started a university course in German (why I didn’t finish it is a whole other story), but I haven’t spoken German in about ten years, so I have forgotten a lot. Coupled with my never-ending difficulty in meeting new people, my frustration at no longer having any real fluency in a language I love inspired me to take some action.

I have taken the placement test, and term starts next month. It’s a little bit exciting, but a certain apprehension last night:

My biggest worry about these German classes is that they might translate German idioms into Australian idioms & I’ll be totally lost.

Idioms are phrases or expressions that have figurative meanings, and they’re usually specific to the source language, that is translated word-for-word into another language leaves the phrase either meaningless or (perhaps worse) with a literal meaning that is something other than intended. An example in English is I’ve got butterflies in my stomach. To a native English speaker the meaning is clear: it means you’re nervous or anxious, but what it doesn’t mean is that you actually have butterflies in your belly. And translated into most other languages the meaning is unclear: you have to use a phrase with a different literal meaning to convey the same figurative meaning. In Chinese, for example, you would say that your heart is beating as hard as a deer bumping into a tree. Perhaps you could guess the meaning, but it doesn’t really make sense. One of the most curious things about idioms is that often, as a native speaker, you don’t notice them until you start learning another language, or someone who is not a native speaker points them out. And oftentimes they are very difficult to explain. Christian asked:

The meaning of love child is wrapped up in culture and subtlety, almost irony, and it’s very hard to convey the exact meaning of the phrase. Wiktionary defines it as a child born as a result of a romantic liaison between unmarried partners, but the phrase itself is supposed to draw attention to the infidelity: the essence of the phrase is difficult to translate, or even to explain in English. The fascinating topic of idiom was expanded on last night in a discussion with Dave, who studies Auslan (Australian Sign Language) and should soon be an interpreter. I asked

@dwillanski do Australian English idioms translate into Auslan? Does Auslan have its own idioms?

And the answer was basically some do, some don’t and yes. For instance I was able to make a good guess of how to sign it went over my head (meaning it was too confusing for me to understand or often used to indicate that what was just said appeared to be an in-joke that the speaker was not in on), but Dave explained that there are examples of phrases that are idiomatic in English and Auslan, but rely on different figurative language:

@SuperCroup just remembered, at a workshop last year I had to try interpreting "her face spoke volumes about how she felt"...

@SuperCroup my attempt made no sense to the Deaf helpers, the correct answer was "she didn't say it, but you could by her face how she felt"

In short, idioms fascinate me, and the best way, I think, to discuss them is just to give examples and to explore them. But back to my original worry. Ich bin nicht von gestern might be translated for the Australian learner as I didn’t come down in the last shower. And as a boy from urban Yorkshire, neither one of those phrases is part of my native tongue!

A Thing What I Wrote by John Avocado is licensed under a Creative Commons Attribution-ShareAlike 4.0 International License.
Back to top
Loading Comments...