I have taken up knitting again. Not seriously, but just as a pastime. I have in the past knitted a couple of things – well a couple of scarves, because that’s all I knew how to do. But last week, I did a little bit of learning, including learning how to read a knitting pattern, and I found a very simple pattern that wasn’t a scarf and I made a start.

This is the pattern I found –  it’s a simple hat, “Cozy Cobblestone Cap”, and the pattern looked manageable.

I felt a little apprehensive about starting because it really is the first thing I have ever made from a pattern, but I was brave and cast on and knitted the first row. 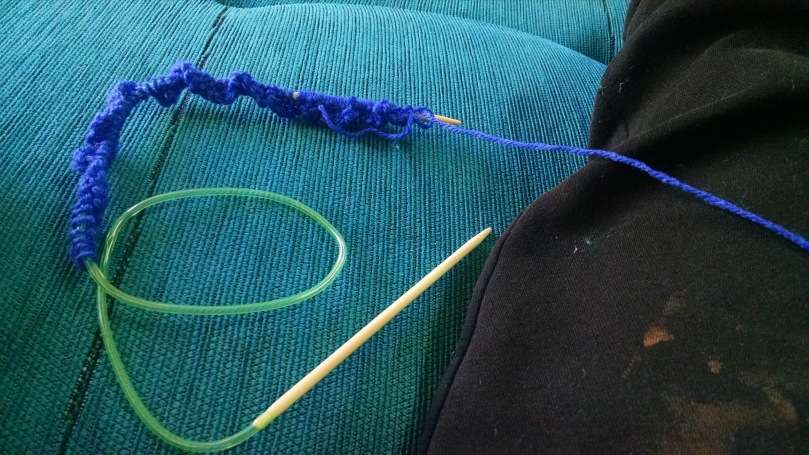 The first ten rows were garter stitch, so it was a pretty easy start, and got me well into the flow. And I progressed quite quickly. Then the tricky (not really) part. The second section was the “cobblestone” pattern bit – alternating between knitting and purling every couple of stitches – I’ve never managed to do that before, but a couple of YouTube video lessons, and I managed it. Day two and the pattern was emerging.

By the third day I’d knitted enough that the pattern showed and I was able to wrap it around my head – it was starting to look like a hat! 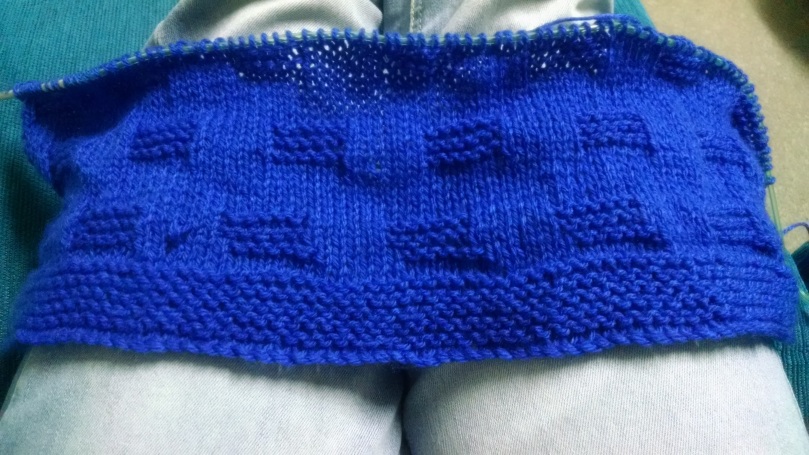 Disaster struck on Sunday night though – after knitting about six rows, I noticed I was knitting on the wrong side – I’d either missed a row or added one somewhere, and I couldn’t see exactly where. I spent an hour or so on YouTube trying to learn how to rip back the stitches to get back on track, but… I wasn’t game enough to try. I decided to just add another row to get back onto the right side, and hope the inside-out section looks like it’s just part of the pattern.

Last night I finished the main section and started the crown. I had to learn to decrease – the simple but new-to-me SSK (slip, slip, knit) stitch. Again, a couple of YouTube lessons, and some practice on a practice bit of fabric that I have on the go. The crown didn’t take long, and the knitting of the hat is finished! All that is left to do is form the shape and sew the seam. So I think a couple of YouTube videos on seam-sewing will be the order of today. 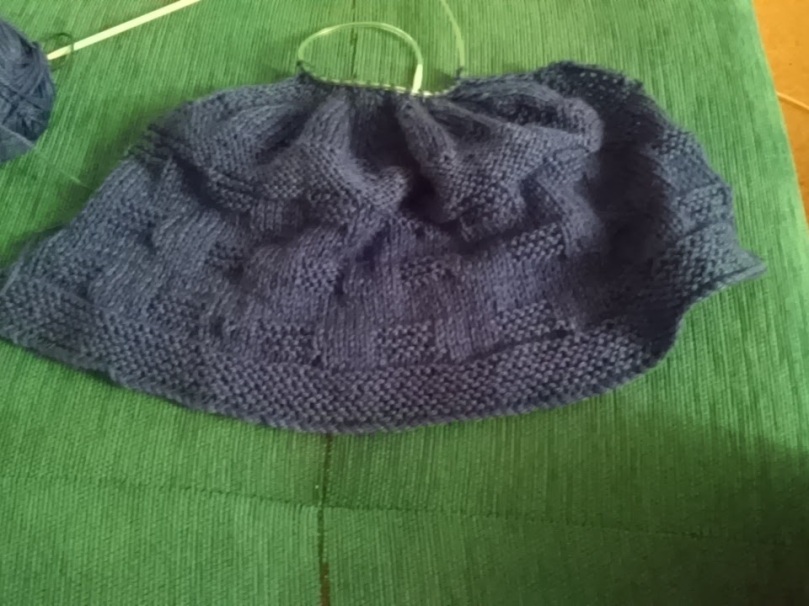 I’ll update when it is finished – hopefully it will be a hat and it will be wearable. And hopefully we’ll have a cold winter so I can wear it!